Today was a blast.

Had a good day today. Nothing like being around family and close friends enjoying lead, gunpowder, arrows, and other stuff. Let's just say, it was a blast! More tomorrow.

Stop by and visit a shipmate

He is back, Harry has started up a new blog, so I invite you to stop by and visit his humble blog. I call him a shipmate because Sailors and Marines work close together and we both rely on each other to accomplish our missions. I am sure that many of you that follow me know of him so I really don't need to remind you that he has a new blog, but for the others who don't know him, stop by and read his wise commentary.

What did you accomplish this weekend. I did some stuff on the checklist.

This weekend has come and almost gone. I sit here writing a blog posting as I get closer to my 1 year blogging anniversary. I have had a lot of things happen this year and it will be good to reflect on what I have wrote and relive the past some. Well this weekend has been productive. Saturday I managed to sleep in til 10 am. That felt good. I got up and had the family put on our Saturday best and we headed down to the gun show. I was quite disappointed at the selection of goods they had on display. Didn't buy anything beside a 20 oz Coke, so it may be awhile before I attend again.

Well after we got home, I commenced to pressure washing our driveway and sidewalk to the front door. I have never done it so I have around 7 yrs of dirt laying around. Got that accomplished and started on our privacy fence. Stopped around 5pm to cook dinner on the grill and settled in for some preseason football and adult beverages. Yes, I watch football, if you don't like that well go watch you IDOL or DANCING with the "F"ing stars. I have been an athlete most of my life, I wont give it up. At 42 years old, I will still challenge anybody to a foot race, anytime. Yes, I can still move pretty good. Also BS'd with Stephen via text last night for a while about numerous topics ranging from A-Z.

Today I was able to sleep in til 11am, and it felt good. I managed to start on my LAST COLLEGE PAPER in my undergrad degree program, did I fail to mention LAST!!!!!! paper. The topic for this paper is California's Proposition 13 versus the 2008 Florida Constitutional Amendment for property taxes, fun stuff huh? Well I managed to throw 650 words out of 1000 on the computer and will finish tomorrow.

After I finished that, I took NW with me and went to our local auto parts store to purchase gear oil, RTV gasket maker, and Friction additive for JUGM's Jeep Cherokee rear differential. While there, I BS'd with a neighbor who has a part-time job there and whom will be retiring from the Navy next month so I passed along some info to him on the retirement process. Got home and started working on the Cherokee and knocked in out within an hour. Got cleaned up, took for a test drive then grill some pork chops on the grill.

So I would rate my weekend to be a success, better than being at sea. It also feels good that I am begining to have more time to jump online and update my blog. Til the next posting, have a great and safe week.

Oh how the name fits.

I love how septic and porti-potty companies come up with their business names. I suppose when you gotta go, dont gloat, just let it float. 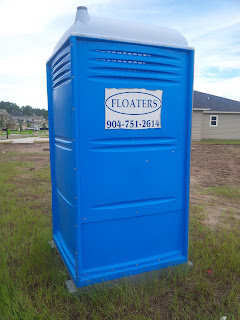 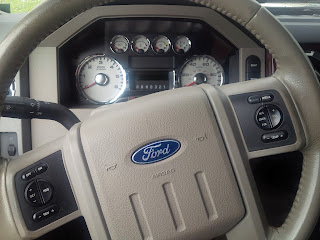 As I try to work today, this has been my view. Somebody turn off the water spigot.

Hello everyone, remember me? How about some NEWS responses......

Well I am back, yep, I have busier than, well you know. If you follow my better half, JUGM, then you may have picked up on some of the things I have been doing. Since my last update, I feel that I have recovered from the severe dehydration I faced, along with picking something up from one of my boys schools during open house, so I am getting back to normal. Heading into week 3 of my final class and I'm excited, mainly because I get to do things that doesn't require me writing a paper or earning a grade.

This past weekend we were in South Carolina handling business with my dad's estate. Yeah, had to visit the Social Security Administration and hand deliver a death certificate to them so they can fix his date of death so I will stop receiving correspondence from medical agencies. Also, had to visit the DM "F"ing V to straighten out a title he didn't take care of when my step-mom passed away. Of course the title was old, and they had to rebuild it there which took longer.

The weather sucked on the aspect that it rained much of the time, but the temps were nice and I don't think they made it above 70 the whole weekend, which was nice as I work in the heat of Florida, I am not lucky to has a business where I sit all day in A/C and surf the Internet. Ah, the smiles go out to a special friend......

BTW, I don't have many followers and that is fine, but I want to thank everyone who stops by an reads my input to this spinning ball we call Earth. THANKS EVERYONE!!!!

(A) Uh, yeah. there is a ditch in the desert called the Suez where tankers go through. Want to pay more, send them the other direction.

(A) Of course he does, he doesn't want that shit happening in Saudi.

3. Senator McCain says "US has no credibility in Arab World.

(A) You are correct, but you failed to mention that you have none either. LEAVE!!!! Go home and plant flowers or play bridge.

4. Citizens in Oakland, Baltimore, and New Jersey look to private security or other means for protection.

(A) you voted for him, you deal with it!!!! It's not happening in my neighborhood so I could care less what you rich-ass snobs bitch about.

Sorry for the absence, been busier than a one.....

As the title states, I have been busy. Just finished my last business course which was a compilation of all my business course into one, which I am proud to say I finished with an A minus. Now I just started my last class, a cheesy 200 level Political class full of Democritters. This should be a lot of fun. Work has been busy, weather has changed from wet and raining to hot and unbearable. Monday I had the onset of sever dehydration and Tuesday was not much better. JUGM wants me to go to the doctor and get an IV, but I wont. Have to pay the bills and I am well seasoned into the signs of heat stroke and exhaustion. I know when to stop and I did on Monday when I stopped sweating.

Toward the end of September, I am taking the family camping in the mountains with my brother and his moo-moo and do some canoeing. I have been asked I don't know how many times from my boys about going tent camping. I was in Boy Scouts for many years, but my view of them has changed since they have caved into the political bull-shit and changed their core beliefs and values to shape a liberal agenda. Hell, all the years I have been practicing and studying survivalism, I don't need them.

I have begun a search for a family tent that will last more than one or two trips, can handle weather, and the reason why I say weather is because as a kid, whenever I went camping with my brother, it poured the whole time. The other reason for a quality tent is my friend Shooter Steve has piss-poor luck with tent and pop-up campers. Stephen and Duke can back me up on this observation. I want it well made and highly reviewed so I figured I will have to send some Benjamin's for this tent and I have chosen, the Cabelos Alaskan Geodesic 6-man tent.

I figure if almost 400 people can recommend it and have a score of 4.8 out of 5, I should be good. I have pretty much everything else, just need some shelter. I was eyeing some canvas tents from Kodiak Canvas, but the price and weight turned me off.

Last Friday, I also started the initial tasks I need to do for the administration of my fathers estate. I was reluctant on using his bank, Wells Fargo, but it would be easier to set-up an Estate account with a bank he was already a member of. The account will be closed as soon as the probate is over, guaranteed!!!

Been doing a search locally for a Jeep Wrangler and DAMN, these people want to keep them. I am seeing as early as 89 Wranglers for $5000, give me a damn break. You spent the money on big wheels and lift kits knowing that it does not one damn thing to increasing the value of the vehicle. Now, if you do a frame off restoration, yeah I could say you can get more, but do you think I am an INDIA DELTA 10 TANGO?

Well its getting late, I'm tired and need to sign off. I think I should do a new NEWS post and share my views on some of the latest news that is spewing out of the media. Till next time... 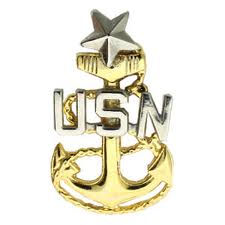