Memorial Day, remember those who gave all for your freedom

Let's not forget what the true meaning of Memorial Day is. It sure as hell is not cooking out, buying cars, or shopping online for deals........ 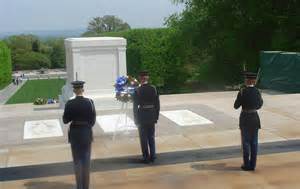 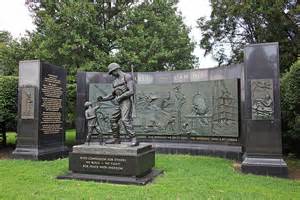 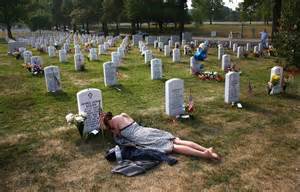 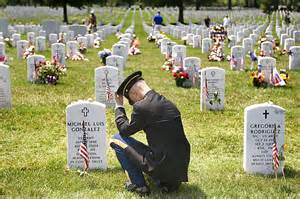 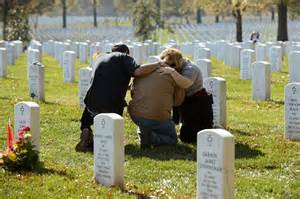 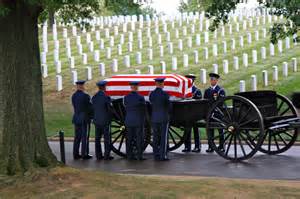 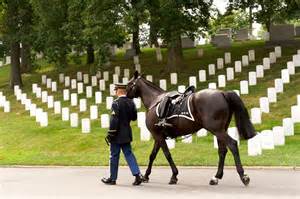 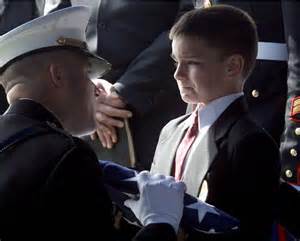 You are free because the ones you knew or didn't know gave their life for your freedom. Remember That!!!!!!! I will never forget their sacrifice. NEVER!!!!

That time of the year when so many things take up your time.

Sorry for the lack of posting, things have really been hectic here. Work has also been quite busy and with spring full in the air, where does the time go. So here is some updates:

NW had an all important recognition dinner with the school board. NW was 1 of the 108 out of 954 5th graders that were recognized for their superior academic excellence.

Tonight was 5th grade graduation at the school and NW received numerous awards, which include Science excellence, Accelerated reader (top in the school), "A" Honor roll, Celebration of Excellence with straight "A"'s since the first grade, Advanced School Excellence award, Presidential award for academic excellence (Yes, BO had to put his crummy fingers into the celebration). We are so very proud of our son, we cant wait till next year when ND is up on that stage receiving his academic accolades.

Baseball season is winding down and both boys are back in the championship game for the second year in a row. Last Tuesday, they beat the # 2 seeded team from the northern division on our home field 9-3 to  advance. Tomorrow night is the night they hopefully get some revenge from last year. The boys 2 year regular season record is 23-1. I am so proud of them in both academics and athletics.

Last week I became another year older and of course I took the day off. I went and had lunch with a few of my close friends on Fort Jackson. Guess you can say it was a working lunch per say. If any of you have been on post there, you know that we ended the day by walking the gun counter and discussing numerous fire arms. I love how this post and SHAW A.F.B has gun sales at the PX. Later that day, I spent some great quality time with the family. This past Saturday, I had my birthday dinner at Steve's Seafood.

Garden is going great, picked up a Craftsman rear-tine tiller to get in between the rows. 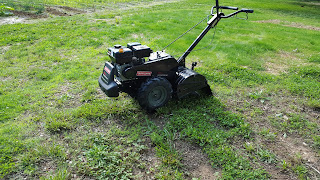 If you have a small garden, I strongly recommend this tiller. I live on property where there are millions and millions of white flint rocks, some small, some large and it has no problem with busting the soil up. I purchased this to assist me with planting grass around the property and in the garden, it does the job. Yes, I have a tractor with a 5 foot PTO driven tiller, but when corn and other items are too tall, I have to find another way to get in there. I sure as hell am not doing manual labor to accomplish the job, the garden is too big for that.

"Hillary's America" Trailer, Wonder if he will go to jail again? 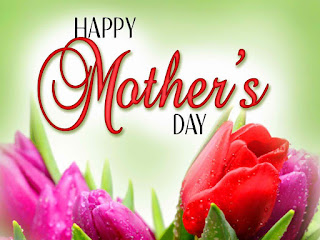 Family CASREP'd, some work around the house, Jeep Cherokee, Deer deterant, a quote from "DUKE", and a hero lost in the line of duty

Sorry for the lack of responses to my last post and a new post until now. Well, as the title says, the family has been CASREP'd with the crud. We all have been sick, JUGM had a sinus infection, got calls within 1 hour of each other for both kids while they were at school, then it hit me last a week ago Sunday which I took the next day off to recover some more. Have been somewhat busy around here with things. First, I finally got around to putting up my flag pole after I had to take it down for them to build the house. It was cheaper to do that instead of have the pole go through the middle of the living room. I waited until I got my Gadsden/Culpepper Flag from Buchanan Flag and Sign down in Jacksonville, FL. If you need a flag and you are local to them, head over there. I think they sell on Amazon....... 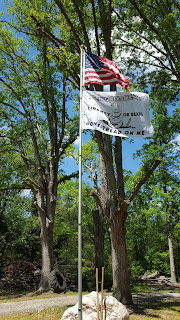 Along with the Flag pole, one of my neighbors and my dad's best friend came over and graded out where my dad's place was. If you notice to the left, I have 240 amp service to the pole. I already had 2 110 GFI protected receptacles attached to the pole. Current plan is to put a Steel building on the site along with (4) 30 amp RV plugs for some friends of mine. Oh, that's right, someone suggests that I will have an issue protecting my property in a SHTF situation. Well lets see, you know where I work so you put two and two together. Remember, birds of a feather, flock together and having a year to do it, I'm quite pleased with my results. See Navy Chiefs produce "Result's, not excuses". 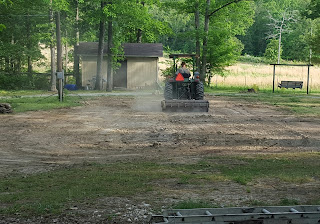 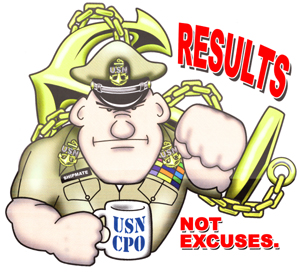 See in a military planning environment, there are many assumptions that come up during planning and in most cases all the assumptions are requested in "RFI's", that stands for "Requests for Information" and they are initiated through N2. He obtains his information from NSA, DIA, ONI, and other national assets. So there you go, your free RFI to answer your assumption, straight from the source without a link to Amazon.com. Also, I have 3 cd's of my service record so you can verify my military training if you like. Actually, you should maybe worry about the people you still have surrounding you, of course they will tell you something completely different to your face if you confronted them of our conversations just after I left, but you will find out one day. So moving on to better and brighter things......

Some of you may know that I have a 1997 Jeep Cherokee Sport and it has been plastered all over the Internet in all kinds of forums of its worthiness as a great vehicle, specifically in the Prepper/survivalist communities. The modern Jeeps of today are a joke, and I have first hand experience as our 2010 Wrangler Unlimited had numerous transmission recalls (7 of them), and then that one day when it failed, a 90% rebuild with crap falling out the transmission at the jeep dealer. I had enough of it. I feel this could have been avoided if Jeep was still American owned instead of a subsidiary of Daimler, and now FIAT. This Cherokee has the inline 4.0 6 cylinder engine and a AW4 transmission.


As our crops start coming up in the garden, I always have a thought in the back of my mind about deer walking in there and eating it up. The key to keeping them out is to make a human scent in there to keep them away. What better scent to keep them out but Irish Spring soap, human hair works good too. If you have smelled those bars of soap, it has a strong scent and you can pick it up pretty cheap in the stores. So NW and I get to work. 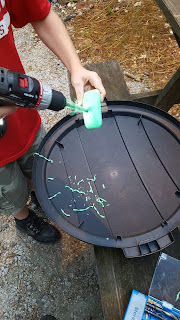 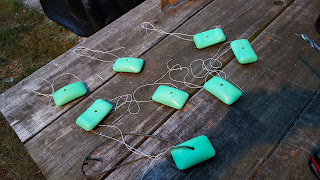 As some of you know, my good friend Duke from our Florida group has his own place over in Georgia upstate and has taken to making posts on Facebook. JUGM still has an account there to keep in touch with family and friends. She started laughing this morning before I headed off to work and I asked her what was up. She was laughing telling me about a post he did, and here it is: 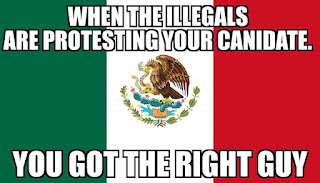 We shall see if the Republican voters align behind him or will they do they same thing they did to Romney in the last election. I didn't vote for Trump in the state primary, but this is a process. If I had a good guess, they will be voters who have fit's and run home with their football and say I'm not voting for him. Go ahead and cast your vote for Hillary and please stay home when you still don't get your way because all of us do not want to hear you whining. Welcome to modern day America.

Hell, I will add some more funny stuff from him: 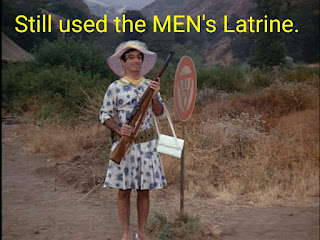 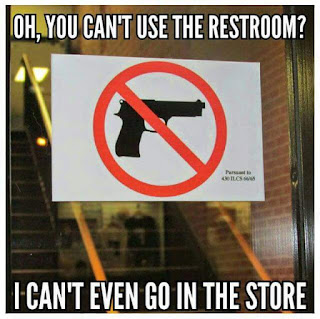 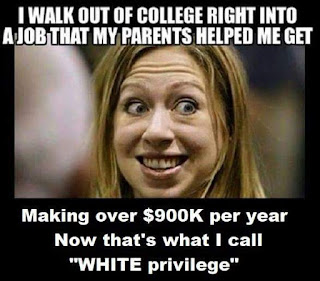 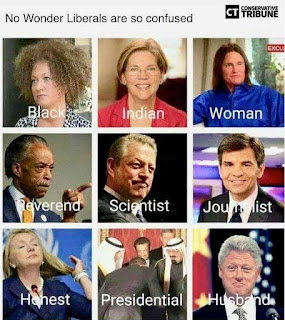 Now on a very serious note. A town south of Charlotte lost a hero over the weekend, Pineville volunteer fire fighter Richard Sheltra (20 yrs old) lost his life in a fire Saturday night that was suspected as being caused by lightning from the storms that came through the area. This is a personal note for JUGM as her father is a retired Jacksonville Fire and Rescue Inspector who retired after 30 years of service and many times during major fires, they waited anxiously to hear from him. When you put your life on the line to protect others, whether military or civilian, every life matters. Please say a prayer for his immediate and extended families as they go through a very tough tragedy.

Stay safe out there.