Well we are almost done with the month of September and the weather is starting to turn more nicer here in Carolina, I'm sure Warlock will agree. It wont be long before all the leaves start turning and then everything will shift to picking them up. Things have been going great up here, except for the excessive rain we have had over the past 2 weeks, but it could be worse.
JUGM and I have been throwing the idea around about getting rid of the ATV and going with a Honda Pioneer 700-4. 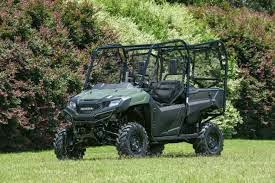 I like them, they would be a good get out of dodge vehicle for a family of 4, but we thought about it and decided to go with this. 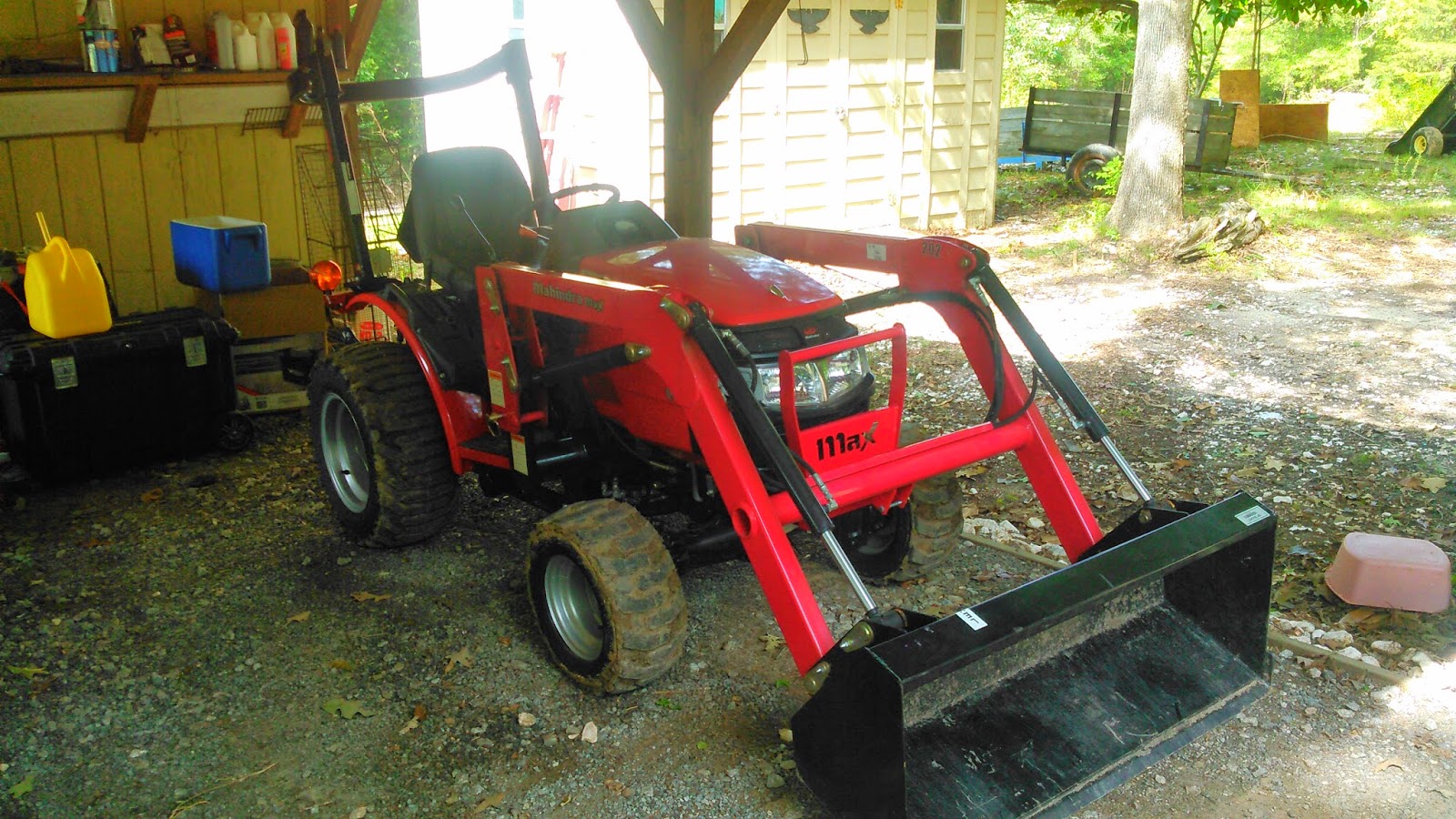 We ended up getting a Mahindra 22HST 4WD Diesel tractor. I have two more implements coming this week, a 5 foot PTO tiller for the garden and a 5 foot blade for grading the drive way, but I did do some repair work from the 8" of rain we got in 3 hours last week on the driveway, and even with the front loader, it did great. Our family friend, the Farmer has 2 different sized auger's that will work this tractor and already has offered to loan me them whenever I need them. Yesterday, we spent most of the day working here on the hill, and I will tell you, I think this is one of the best things I have invested in. Yes, I have a 1948 IH Farm-all cub as well, but this thing does a hell of a lot more. I will still use the Cub in the garden, but not for the heavier work.

Deer have been all around the property, but for the past few weeks I have had to deal with some pesky Raccoon's in my deer feeder. 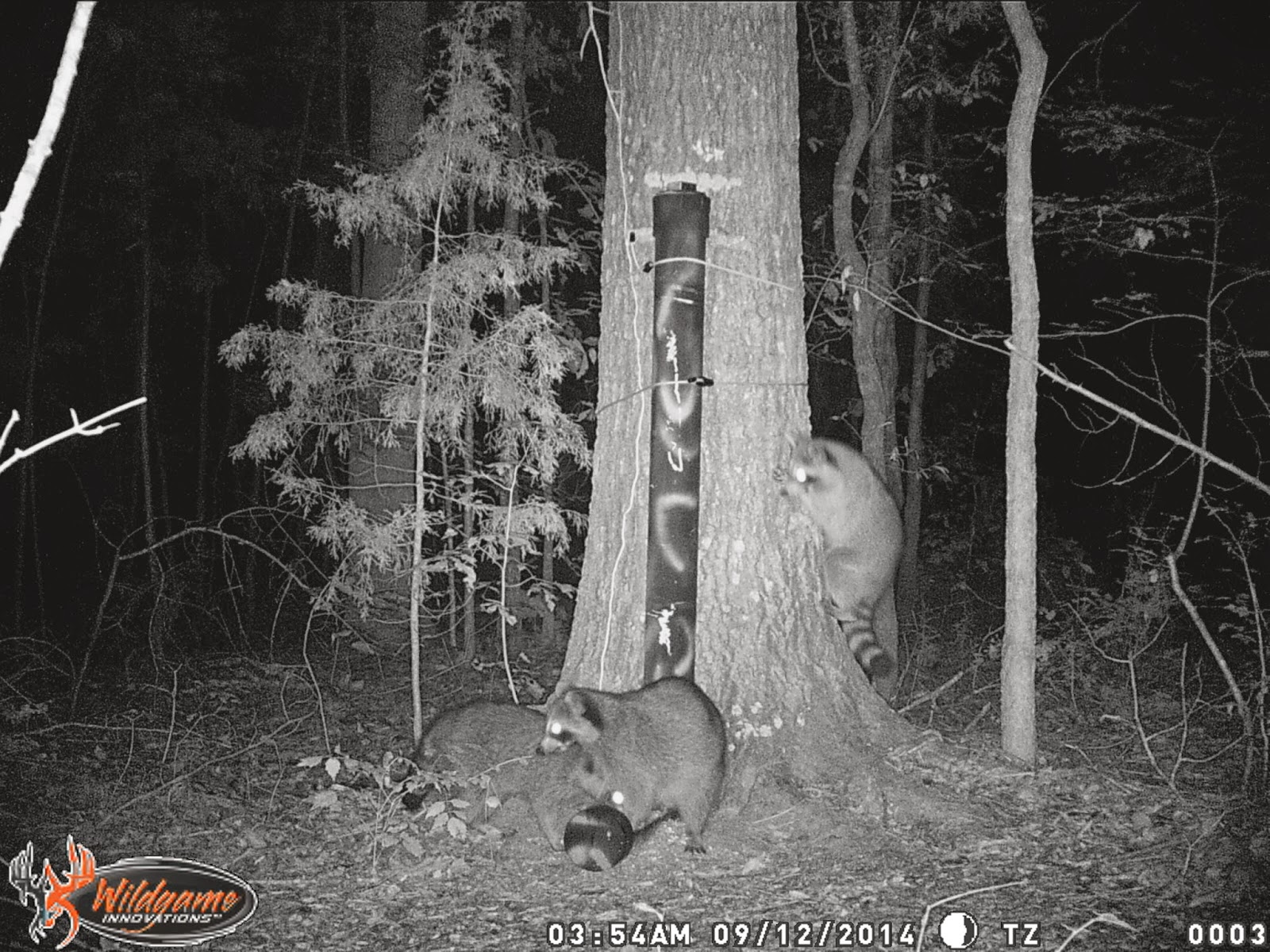 Early in the week, I caught my second raccoon in the trap. This one was going to some "Colored" folks, but when the farmer, myself and NW went to their house, they were all excited about a meal, until they found out that it was still alive, and I heard the record scratch off the turn table. The farmer even told them, "It doesn't get any fresher than this". Never seen someone so scared of a little raccoon. Well we left and took it a local cemetery and let him go, he took off like a bat leaving hell. 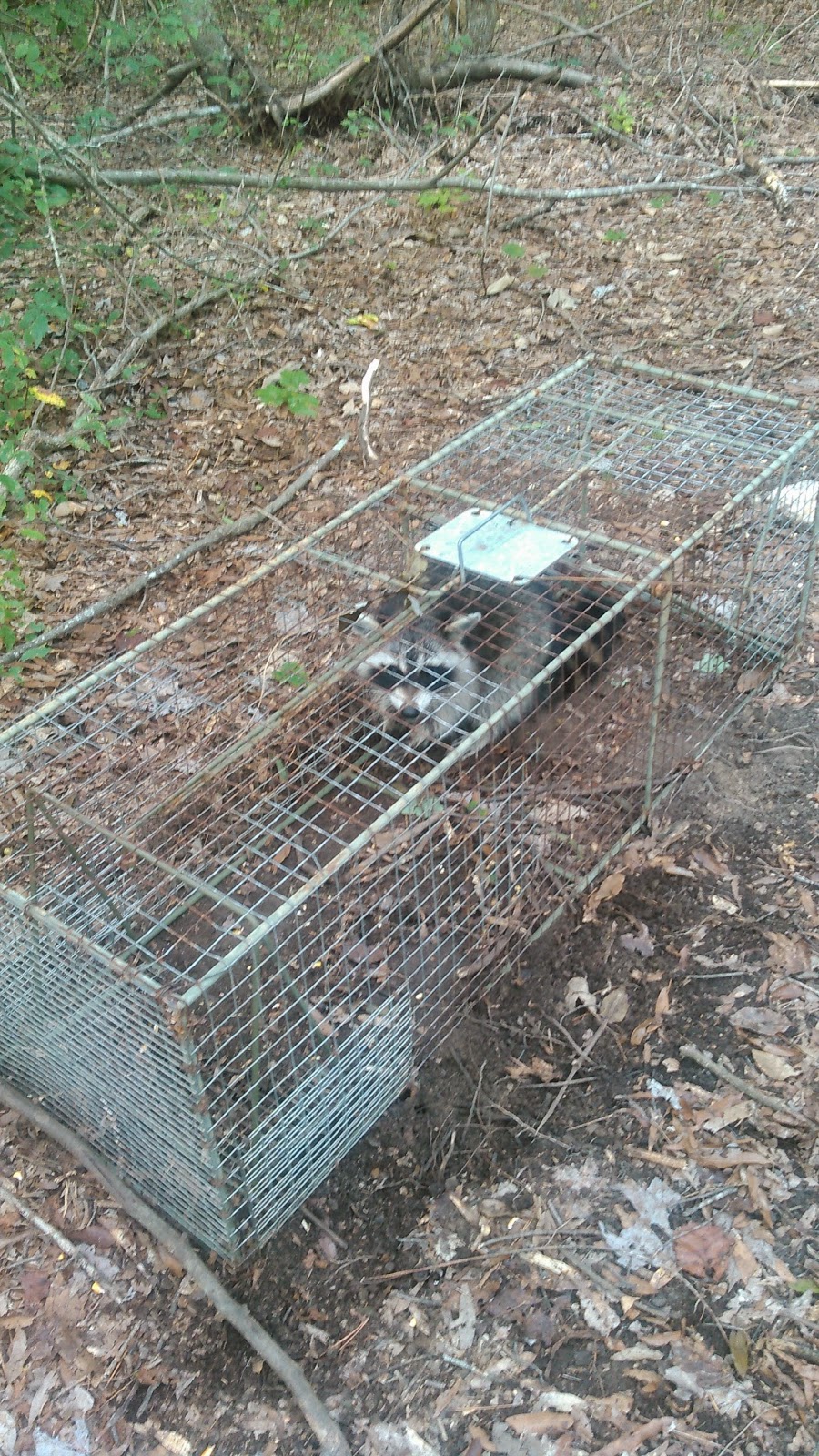 Also late in the week, I received a package from Amazon.com. I have pretty much equipped my AR pistol with its last accessory, a Sig Sauer SB15 Pistol brace, and let me tell you, it does the job. 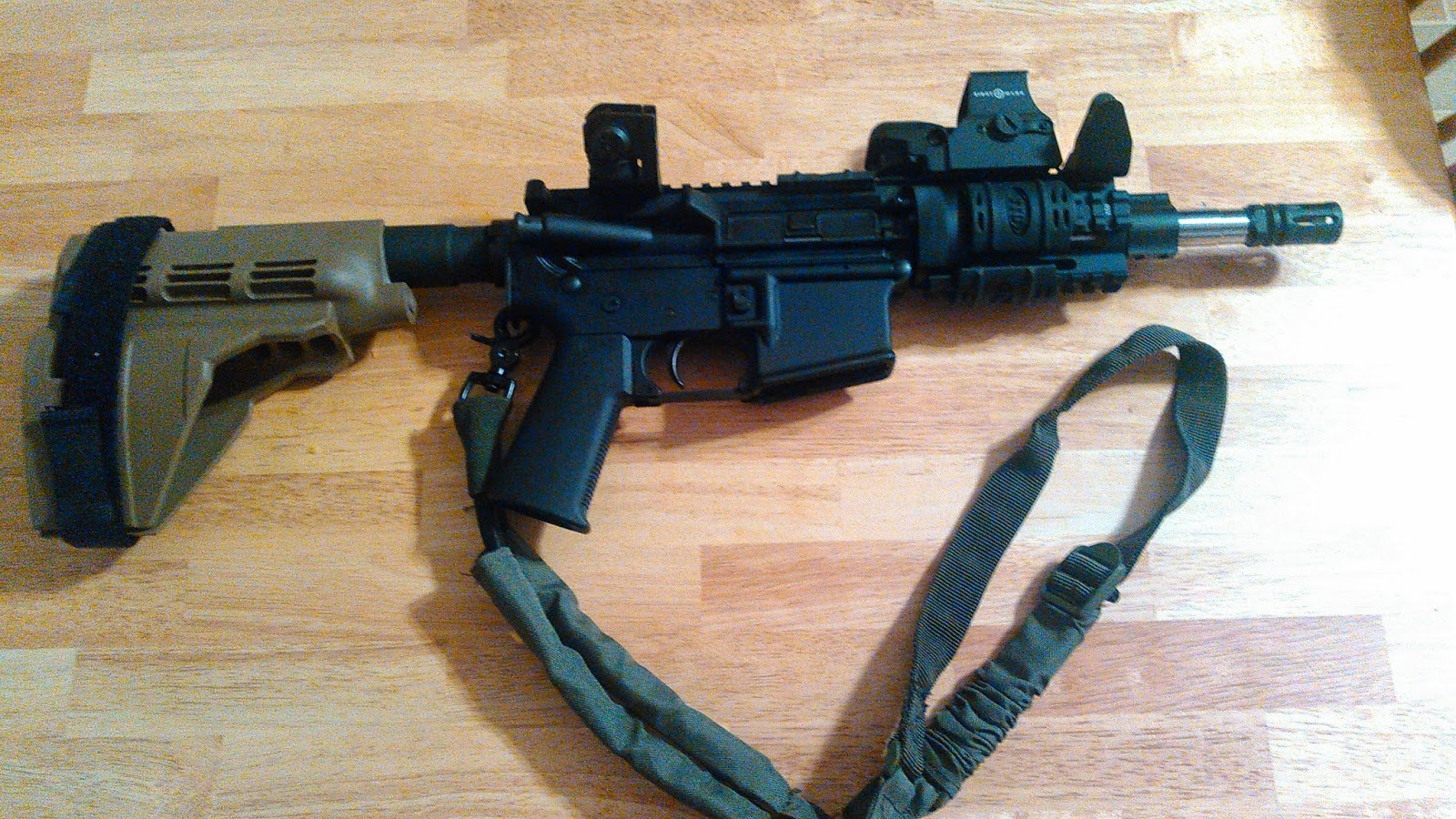 Well I had my first meeting with the new group here in SC and I am pleased to report that it went well. I was amazed at how many projects they have going on, which these projects are very essential. They all are working toward HAM licenses, which I have been wanting to do for awhile. They have also enlisted the help of some local HAM operators for training. They were also in the process of placing a large group order with Emergency Essentials to save costs on shipping, so I jumped in on the order. I have plans on making my own "Mountain House" meals with smaller Mylar bags that are similar to their bags, minus the labeling. One thing I received was a broken down schedule of discussion topics for 9 months so at each meeting there are items and areas of concern to discuss as a group and hear every one's opinions on that particular subject. I have also been invited to lunch this next week to assist in vetting a new group member, this should be fun.

Its getting late, so I will sign off. Hope everyone battles evil Muslim extremist in their dreams and wake up victorious.

Life is just trucking along, and meeting new friends

Well its been a few weeks since I have done a post, so I thought I would drop a quick post to let everyone know that I am still breathing, sorry no pictures in this one. As the title states, life is just trucking along. Work has been ok, except last Sunday when I got a tentative job offer with Department of the Navy at NAS Jacksonville. Yes, USAJOBS continues to be a pain in my ass. Here, I accept a job and move 5 hours away and after being here one month, I get a job offer for a job I applied for in March, yes March. It took them 6 months to find someone to fill that position. How F*$&#*G!!! ridiculous is that. Of course I thought I could make it work, and accepted the position, but after sitting down and looking at the logistical expenses of me living in Florida by myself and the the expense I would face and time away from the family, I rescinded my acceptance and told the HR guy. "If the decision was 3-4 months earlier this wouldn't be an issue". So life continues on.....

Since I have been here in SC, I have been searching for a group of like-minded individuals that think like me and recognize that we are at a sad state in this country and think of self reliance and force protection principles to sustain us into the future, basically what I had in Florida with Stephen, Duke, and the others. This past Tuesday, I met with two gentleman, one (John) was at that past training event I attended, the other I have never met. I have kept in contact with him since the training and didn't realize he is a member of a group in my area. I met them at a eatery and had lunch with them. I guess you can say it was somewhat a "vetting" process, that's what I took from it. This afternoon, I received and email inviting me to their group meeting this Sunday afternoon. We'll see where this goes. The initial impression is that this group is made up of numerous backgrounds and skill-sets so it will be interesting to see how many members there are and how everyone personalities are. Will keep you posted.

This afternoon, I had some roof repairs to do. Tuesday night we had some bad storms come though and dumped a S*(&)*&D! of rain on us and have a good leak. So this afternoon I was on the roof with a 3.5 gallon pail of Wet-Dry placing a new layer down around the chimney enclosure that my dad did years ago. I could tell its been awhile since it was last done as there were cracks in the previous layer and one specifically that had water in it. Of course, while I was up there, JUGM starts screaming, one of the chicks decided he was big and bold and took flight out of the make shift brooder. My natural reaction was what happened, but then I heard foul language coming out her mouth, of course directed at the chick, so I went back to what I was doing. So over dinner, I get a item added to my check list which consists of constructing a new brooder. It never ends here.

Well I shall get back to watching T.V. Hope everyone has a great rest of your week.